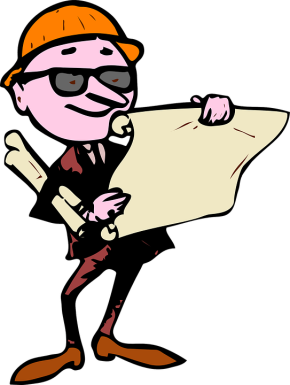 Structural engineering is a specialty within the field of civil engineering which focuses on the framework of structures and on designing those structures to withstand the stresses and pressures of their environment and remain safe, stable and secure throughout their use. To explain a little differently, it can be said that structural and consulting engineers ensure buildings and bridges against collapsing.

If we look into history, people have been designing and building impressively larger and more sophisticated structures, from primitive huts to the International Space Station. Thus, it can be said that structural engineers have been around for a long time.

The names of the earliest practitioners of structural engineering are lost in the ancient past. We will never know who designed the Hanging Gardens of Babylon, the Parthenon or the aqueducts of the Roman Empire, neither will we know who designed the incredibly built pyramids in Egypt. Prominent structural engineers include Gustave Eiffel (Eiffel Tower, Statue of Liberty) and Eero Saarinen (Gateway Arch).

What does a structural engineer do?

At the time of building bridges, designers must take into account, the conditions of terrain, wind, water and traffic volume. Structural engineers consider all of these factors and provide technical advice about the project. Here are some points which cover the basic areas of work of a structural engineer:

A structural engineer needs to have certain critical skills including in-depth knowledge of physics and mathematics. A structural engineer must also know the properties of various materials such as their density, hardness, tensile strength, bulk modulus and bending strength.

2 thoughts on “Understanding The Concept Of Structural Engineering”